by THE BONGO HOP 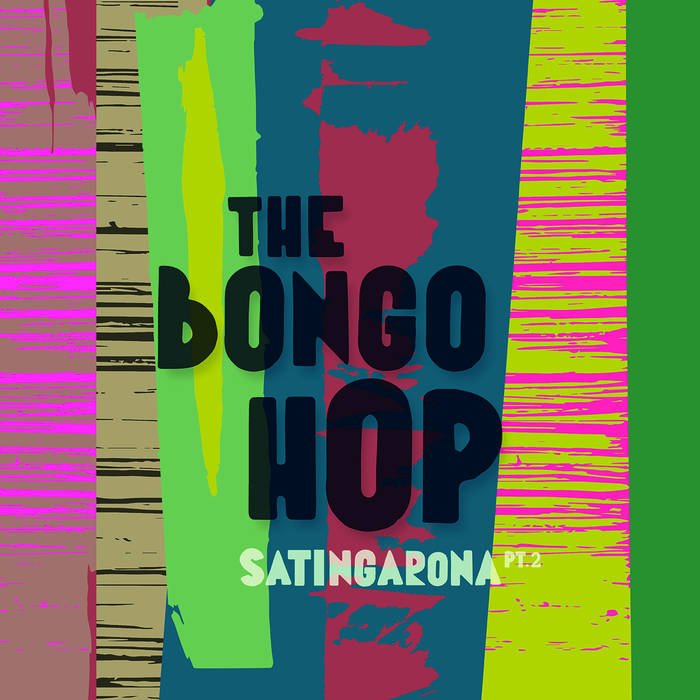 emin.organic I am a big fan of the first album, and I really look forward to get my vinyl copy of the second one!

Sometimes it takes a while for a musician to arise…But Etienne Sevet popped in from nowhere, like his favorite comic book hero, clandestine seaman Keubla, escaping from his quarantined ship. After a long exile in Cali Colombia, he arrived in France (Lyon) with his first compositions under his arms and no particular plan, but luckily met producer Patchworks. Like a dike cracking under the pressure of water, his compositions flooded the producer’s studio, his colombian and west african influences irradiating in a new fashion. The memories of a life time spent in Cali would shine brighter and warmer despite the greyish light of a comeback to the homeland. Between the metro and his small flat, some of the compositions that were started while in Cali -as he was hanging out with his neighbour, british producer Quantic (who induced him to start « doing his own songs »)- came to be developped during lonely walks under the rain. He released his Satingarona pt1 LP in December 2016

Then just like Keubla, the forsaken seaman out to conquer the world, The Bongo Hop formed a band, out for a tour of 80 shows, in France, Spain, Belgium and Italy. In between, the longuing to go back to Colombia was met by material problems, so our seaman changed his route : Tanzania, Cape Verde…But each time, as he enjoyed moments of music there, AfroColombia was always in the air, like a need to transpose every new adventure to a dreamt place, while living it to the fullest.
The « in-betweenness », that one experiences enjoying being here while also longuing to be there, echoes what he used to feel, when he was mixing his afro beat and cavacha records, to the delight and surprise of his salsero friends in Cali, deep into the tropical night. As he was submitting them the fiery sounds of Johnny Bokelo, Amadou Balaké or Maroon Commandos, the desire to see this place right here, exhale the flavor of that place way over there, was feeding his faith as a promoter and a music digger. Make Cali sound a bit like Douala or Accra was also a tribute to the africanness of the place. And the perfect soundtrack for a musical rêverie, as he was looking at the sunset over the ridges of Cali Farallones mountains, deep into the mellow sounds of Abidjan’s Gnonnas Pedro. The quest for this universal connection between apparently distant landscapes, melodies and rythm, was probably the greatest motivation for The Bongo Hop as a sound collector. It’s clearly visible today in Satingarona Pt 2, an album that -again- defies traditional genre nomenclatura.

This constant coming and going is illustrated by the first track, Grenn Pwonmennen. A personal take on angolean semba music, as heard during a trip to Cape Verde where it’s very popular, becomes a source of inspiration for a song dedicated to environmental and ressource awareness – deeply needed in Cape Verde, Haiti, Colombia …Later handed to an Haitian singer, whose island also dramatically suffers. And a message of hope : « Li pa two ta pou n’reflechi », it’s not too late to think.

La Carga came from a story Chris Kirkley (Sahel Sounds) told TBH once, of him sleeping at a Touareg camp lost in the middle of the desert, when a huge blast tore the night. The next morning, they’d discovered a few kilometers away the smoking remnants of a Venezuelian 737 aircraft, and traces of tires heading up north…A couple of years later, the very same story was reported in a paper on Cocaine traffic in the desert, published by Le Figaro. The situation of the Touaregs sort of mirrored the Colombian Pacific coast’s fate, where the locals are very often disturbed by unexpected events related to drug trafficking, the desert mirroring the colombian manglar…TBH’s suggestion to Nidia that an interesting song was at hand triggered another collaboration. Of course, the musical kernel is inspired by desert rock rhythms, heavy guitars and a sense of oppression in the horns.
Slightly light-humored, yet not devoid of a bitter-sweet feeling, L’autre Quai and Jashu display their warm acoustic guitars, caribbean hip hop and broken afrobeat. Greg Frite, a parisian mc from the French West Indies is rapping about procrastination and the fear to take a step… As he composed Jashu, the south african melody took TBH back to when he’d met young street artists from Soweto during a workshop in Bordeaux. They were yelling « Gashu » (Fool!) to each other in a familiar and friendly manner all the time. As he told Nidia about this, a slight miscomprehension in the translation brought her to think about fools as nutters. It reminded her of Betun, a beloved mentally ill character of Timbiqui, her childhood village in Colombia.
The cover of Buscaja’s San Gabriel, one of the repertoire’s most intense piece, is a tribute to AfroColombia he holds dear. Rearranged in a TBH style, it conveys this atmosphere of opression due to paramilitary persecution: « In this song, I go from an alabao to a bunde, then a chigualito and then back to the alabao. The alabao is a prayer to a saint, dark and serious, the bunde is an everyday chant, and the chigualito is a funeral song for dead children. So, it’s like going back and forth between life and death. » explains Buscaja’s singer and militant Alba Elena Arramburo, a figure of the Yurumangui community in exile in Buenaventura, the violent harbor on the Pacific coast.

Revealing two new singers, O Na Ya, a high life sung in Bannen by camerunese singer Cindy Pooch, who also happens to be the band’s singer, talks about feeling home while being in another country, something she experienced while in Colombia. Agua Fria is a groovy tropical tale about frugality, somewhere between Montesquieu’s Persian Letters and Bardot & Gainsbourg’s Contact, TBH style. The album closes on a sensual and mid tempo instrumental, Sonora, which reminds us that this voice and dance-oriented project also gives brass their importance.
For a musician like him, who sees himself more as a craftsman than as an artist, it’s all about dancing and sharing in the end. Still designed to inspire images of Latin America and Colombia to its listeners, it draws new, transatlantic horizons to be pursued. Somehow he manages to make every source he’s taking his inspiration from, express the spirit of this multicultural Ocean, through infinite variations. Opaque, like Glissant said : it’s here but you’ll never quite catch it.

The Bongo Hop is the new afro caribean project presented by french trumpetist Etienne Sevet. On Satingarona pt 1, friends from his Colombian years, like vocalist Nidia Gongora (the voice of Ondatropica and Quantic, whom he’d discovered and filmed in 2003 as she was the unknown singer of folkloric ensemble Socavon), rapper Maikcel (Zalama crew), but also famous producer Patchworks ... more

Bandcamp Daily  your guide to the world of Bandcamp